Is Proportional Representation a passion for you too?  Contact us to join our team and help make a huge difference for Canadians. 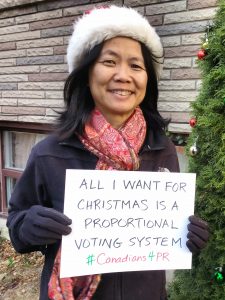 Although she was never very interested in politics before, that changed once Trudeau broke his promise on electoral reform.  Since then, Grace has been driven by the need to make proportional representation a reality and she expresses that obsession through this blog.  It is her mission to educate as many Canadians as she can about the problems with the current voting system and to get them engaged in talking about it.  She wants to help Canadians see that Proportional Representation is fast becoming the norm in the democratic world because it works to empower voters, not parties.

In her regular life, Grace is a mother, a high school music teacher who loves her job.  She is a supporter of all things social and environmental that make the planet a better place to live for everyone, and is also a volunteer for Fair Vote Canada. 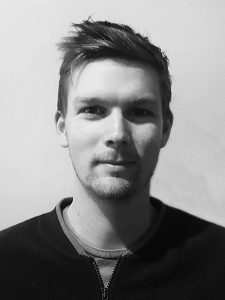 Nigel is interested and engaged with politics because of how broad and impactful policy can be on so many people. He has had the opportunity and privilege to study political science at the University of Toronto, where learning and engaging with proportional representation was a common theme. Being able to learn about a variety of ways in which a voting system interacts with government and politicians made him realize just how important the voting system really is.

For Nigel, supporting PR isn’t just about being left or right politically but knowing the importance of what your vote does and making that vote matter, ultimately holding politicians accountable and having government reflect a country as a whole rather than just a few.  He wants this message to carry through in his work with Canadians4PR.  He wants Canadians to think about being more than just one person, or one community and realize that there is hope.  We can have our voices heard and make meaningful impacts on our lives. 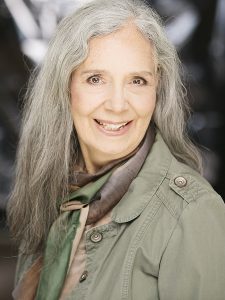 Judith’s multi-partisan experience in politics includes assisting in election campaigns for federal NDP and Conservative candidates, for a Liberal supporter running for city council, and the Green party in the 2018 Ontario election.

Judith has worked as a poll captain in a federal election and as a referendum source officer giving presentations to community groups on voting reform during Ontario’s 2007 provincial election.  She has been a volunteer for Fair Vote Toronto, providing input on strategy, assisting with events, and editing letters to newspaper editors about the BC voting reform referendum in 2018.
Judith has made her career as a public relations consultant, TV broadcaster, legal assistant and an actor.   She was a reporter for Rogers Cablevision, interviewing Toronto City Council members & reporting on council meetings.  As an executive member of the Vancouver Status of Women, she produced and hosted the cable TV show, “Woman Alive”, featuring interviews with accomplished women.

Thank you so much to the many people who have made, and are continuing to make, contributions including photographs, interviews, feedback, website support, and more.