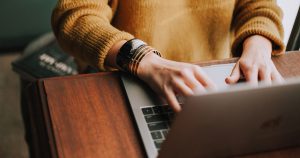 Today I realized that there is an important online voice that has been missing on the issue of changing our voting systems in Canada – ours – the personal voice of the ordinary citizen; of you and me.

Just like you, I am a concerned Canadian; I am a mother, a teacher, a citizen of this fragile planet.

I am really concerned about how politics are failing to benefit us.  Parties are becoming more polarized.  Governments in power are unfairly elected.  Our Prime Ministers and Premiers seem to have more and more power to do whatever they want, without accountability.  The integrity of our government is being eroded through the misuse of such things as omnibus bills and threats to use the notwithstanding clause, just because they can.  That’s not how a democracy like ours was meant to work.

No matter how we vote, I think all Canadians want government to work better.  At the heart of government is our voting system.  If we don’t change it to a proportional one that accurately reflects the views of Canadians, we will continue to get the same disappointing results.

Change is possible, if we are informed and speak up. Let’s not let misinformation and fear over-ride what we know is right.

I am imagining the possibility of a Canada where you can vote for and elect a candidate to represent your values each and every time you vote.

I am imagining the possibility of a Canada where politicians work within a system that requires them to co-operate and be accountable to us, the voters.

I am imagining a Canada where policies are built upon instead of being torn down, so we can make gains in the real issues that concern the majority of Canadians.

And I am imagining the possibility that you will be inspired by my message to take some small but important actions to help turn a page in Canada’s democracy, and change our voting system to a proportional one.

We are getting closer and closer to that possibility every day.

Thank you for being a Canadian for a Proportional Representation.